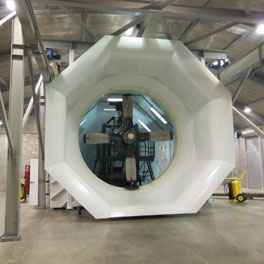 V ital Link has focused on military and sheet metal engine test enclosures from its beginning in 1990. No test cell company can match Vital Link’s Hush House experience. Over the past 30 years, our key personnel have concepted many improvements, some of which have been patented. In January 2017, Vital Link joined Celtech in the Atec family of companies. In June 2017, Astronics Engine Test Systems joined our companies as Naval Engine Test Systems (NETS). Together, we have over 125 engineers in our engine test enterprise; 50 of these engineers would be fairly classified as subject matter experts. No other commercial organization can claim our combined military engine test background. Our performance for the USAF is highly ranked, and we expect to expand our performance for the US Navy and Marines with technology refreshments through NETS.

Our pedigree of Advanced Technology in Engine Test is impressive, and includes: